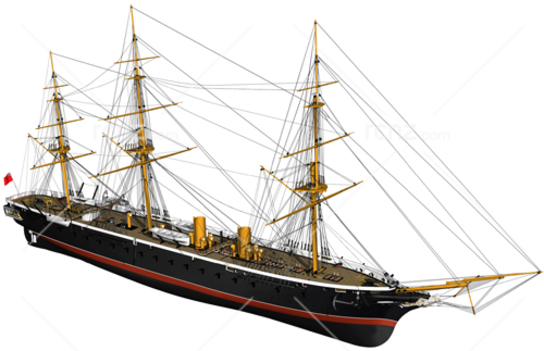 Dispatch
Out of Stock In-Stock Alert

Enter your details and we'll be in touch when Billing - 1/100 HMS Warrior Boat Kit is back in stock.

HMS Warrior was designed and built in response to an aggressive French shipbuilding programme which saw the introduction of the first iron-clad warship La Gloire. In 1861 Warrior was the largest warship in the world, at 9,210 tons displacement she was fully 60% larger than La Gloire. By 1871 she was no longer regarded as the crack ship she had once been, and her roles were downgraded to Coastguard and reserve services. In May of 1883 her fore and main masts were found to be rotten, and not considered worth the cost of repair, Warrior was placed in the reserve, eventually converted to a floating school for the Navy and re-named Vernon III in 1904. Put up for sale as scrap in 1924, no buyer could be found, and so, in March 1929 she left Portsmouth to be taken to Pembroke Dock and converted into a floating oil pontoon, re-named again as Oil Fuel Hulk C77. By 1978, she was the only surviving example of the 'Black Battlefleet' - the 45 iron hulls built for the Royal Navy between 1861 and 1877. 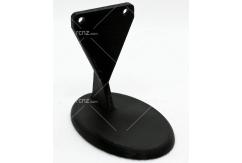 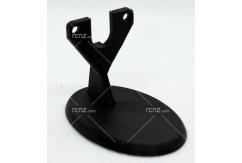 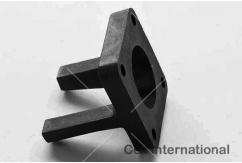 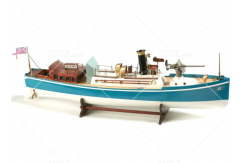 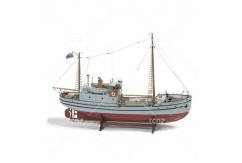 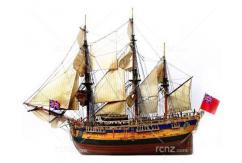 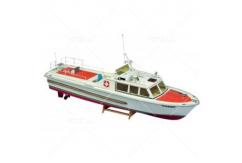 We are currently at Alert Level 2.  With more people online shopping than ever before, there is significant pressure on Courier companies that will have an impact on delivery time frames. Please be patient and allow extra time for your order to arrive.

Thank you for your continued support and patience during this time. Stay safe.